Quiche Lorraine with Leeks is a tasty and straightforward tart made where leeks reign. It is made quickly, and you don’t need many ingredients. Try it, and you will find that you will do it more often.

How to choose the best ingredients for Quiche Lorraine with Leeks

Philadelphia cream cheese/ Creme fraiche/ Sour cream: the original stuffing for the tarts was based on sour cream and eggs. However, I tried to spice it up by adding a creamy Philadelphia cheese, sour cream, and a creme fraiche which is also a kind of sour cream. If you do not have one ingredient, you can replace it with the same capacity. However, this combination is best for the creamy texture of the filling.

Leek: we use practically the entire leeks for tarting. So I only cut it off at the point where the leeks spread over the leaf.

Eggs: eggs I choose fresh, large. If you have small eggs, take one more.

Grated cheese: I recommend grated cheese with a spicy flavor to slightly emphasize the taste of the leeks. 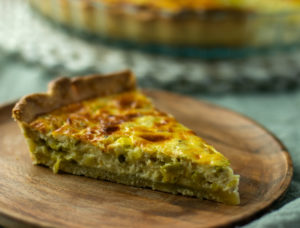 Stuffing on tarts with a diameter of 24 cm

Other Posts You May Enjoy

Cucumbers with pepper salad for jars 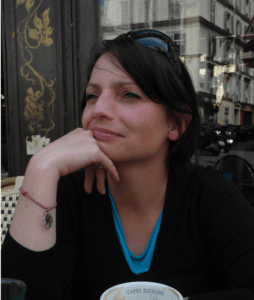